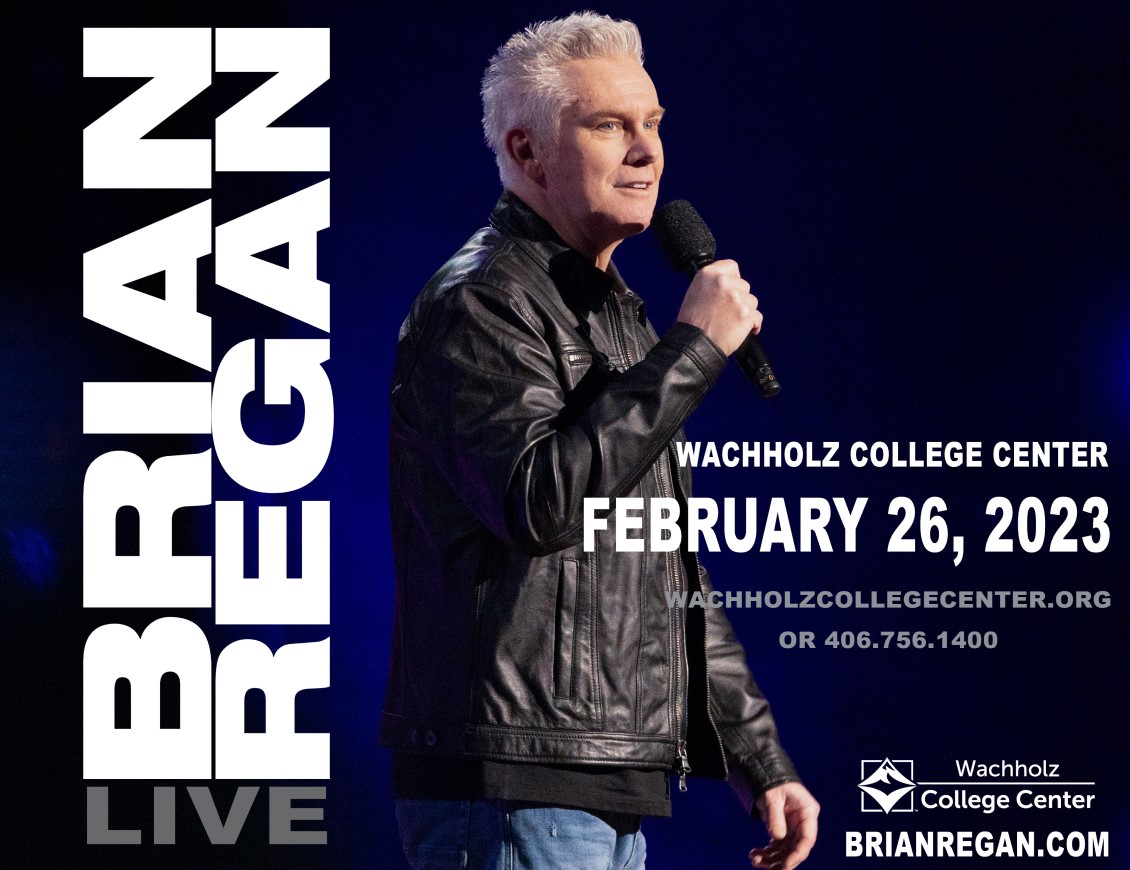 BRIAN REGAN - Sunday, February 26, 2023 at 7:30 PM
Considered one of the best stand-ups in the country by critics, fans and fellow comedians, Brian Regan performs in Kalispell on February 26, 2023.

In 2021, Brian returned for his third season in Peter Farrelly’s TV series, Loudermilk, which is streaming on Amazon Prime. Farrelly personally cast Brian in the series alongside Ron Livingston, Anja Savcic, Will Sasso and Mat Fraser. Brian received praise for his portrayal of “Mugsy,” a recovering addict who is estranged from his family.

Brian stars in his own Netflix series, Stand Up And Away! With Brian Regan, which premiered on Christmas Eve 2018. Brian and Jerry Seinfeld Executive Produce the four-episode original half-hour series that combines sketch comedy and stand-up.

In 2015, Brian made history with his stand-up special, Brian Regan: Live From Radio City Music Hall, as the first live broadcast of a stand-up special in Comedy Central’s history. Brian made his London debut on February 2, 2019 at The Leicester Square Theatre and he made his Kennedy Center debut with two sold-out shows on March 21 & 22, 2019. He appeared at Carnegie Hall on November 11, 2017 following years of performances in New York City’s finest theaters including Lincoln Center’s Avery Fisher Hall, The Beacon Theater and Radio City Music Hall. Brian’s tour has included visits to Denver’s legendary 8600-seat Red Rocks Amphitheater and the 15,000-seat Huntsman Center Arena in Salt Lake City.

A regular on The Tonight Show Starring Jimmy Fallon, Brian is the stand-up comedian guest who the show invites on for two segments: a performance segment and a segment on the couch to chat with Jimmy. Previously, Brian was a regular guest on The Late Show with David Letterman, making 28 appearances on the CBS show.

Brian made a scene-stealing cameo in Chris Rock’s film, Top Five, and he is a guest on two episodes of Seinfeld’s Comedians in Cars Getting Coffee on Netflix.

For more visit Brian’s website, Instagram and Facebook pages. Ticket prices range from $55 to $75, not including ticket service fees. This show is presented by WCC. No outside food or beverages allowed in Wachholz College Center. Recommended age limit 8+ Lobby doors open 60 minutes prior to show start.